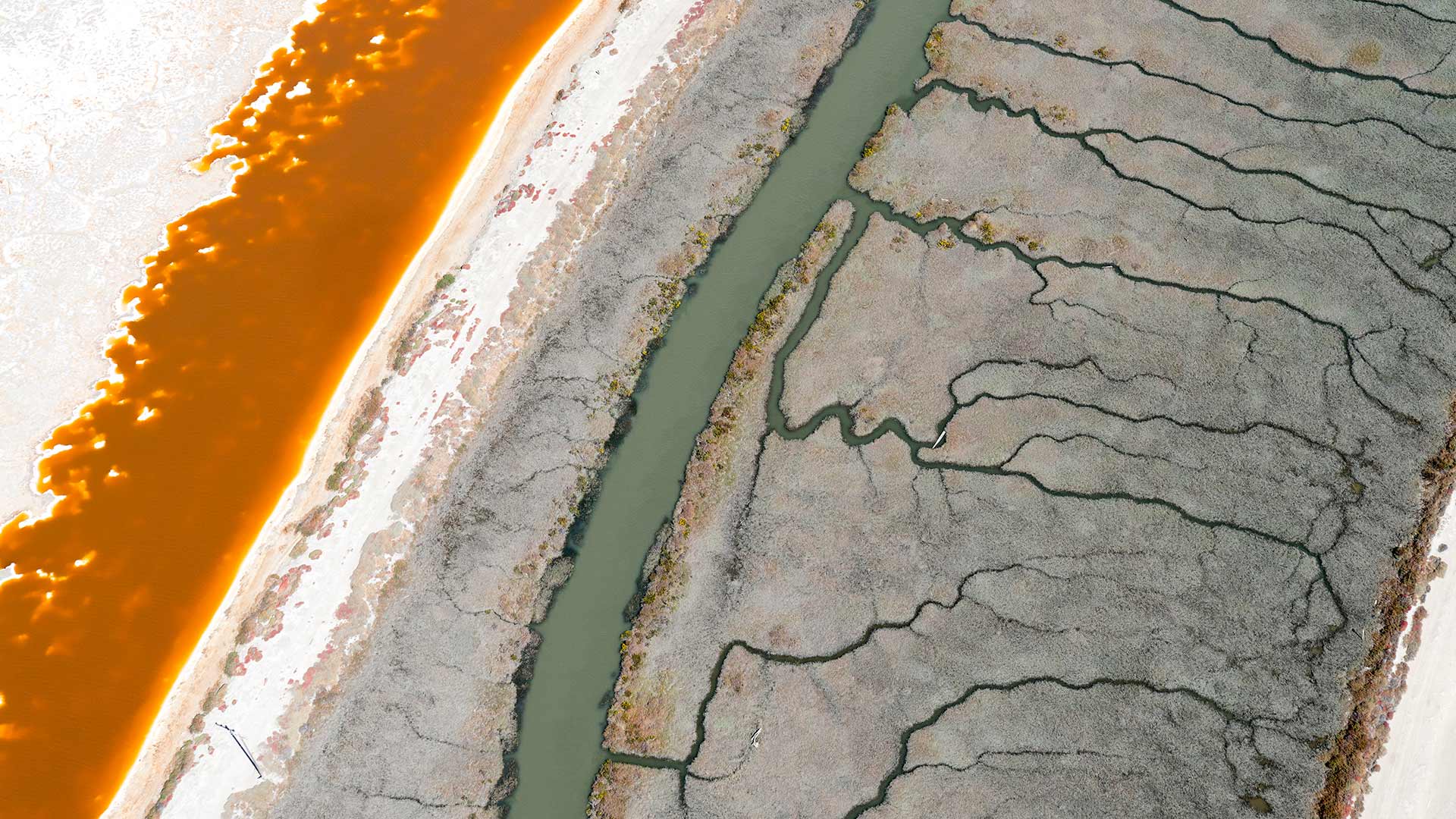 Tom Lamb is an aerial, architectural, landscape and ethnographic, panoramic and interpretive photographer, based in Laguna Beach, California. He uses photography, as his primary tool, along with pioneering trends in new media. Tom has dedicated his life to not only creating, through the art of storytelling, memorable photographs, but also championing environmental awareness. He received his MFA in photography from the Rhode Island School of Design and his BFA in printmaking from the Hartford Art School.

Lamb’s introduction to the art movement known as Abstract Expressionism came while he was a graduate student at the Rhode Island School of Design in the late 1970s. During that time Lamb assisted Aaron Siskind, who is well known for his abstract photographic work of life’s microcosm.

“Tom Lamb’s carefully constructed aerial views are uniquely abstract and unencumbered in this particularly specialized realm of photography. The compositions do not contain themselves in an easy or academic formality as one might expect. His best work pushes the viewer past the edges of the image, allowing for and embracing the unknown, the untraveled. Leaving one to wonder, what’s out there beyond the frame. Richard Debenkorn’s Ocean Park Series comes to mind with Lamb.” – Juri Koll, Venice Institute of Contemporary Art

His images, both from the air and the ground, are of the built and un-built, often abandoned or in transition, landscapes. His images examine how we interact with the planet’s most valuable but increasingly threatened resources. Tom is interested in the balance between the natural world and man’s mark on the land. He travels extensively. His work is published, exhibited and collected internationally.

“Looking toward earth, directing the pilot to spin around, dip the nose, fly sideways or backwards, and even cut the engines to float downward – all to create the right image. With a helicopter and it’s pilot pilot, its like doing a dance – creating the abstract work is my dream state.” – Tom Lamb