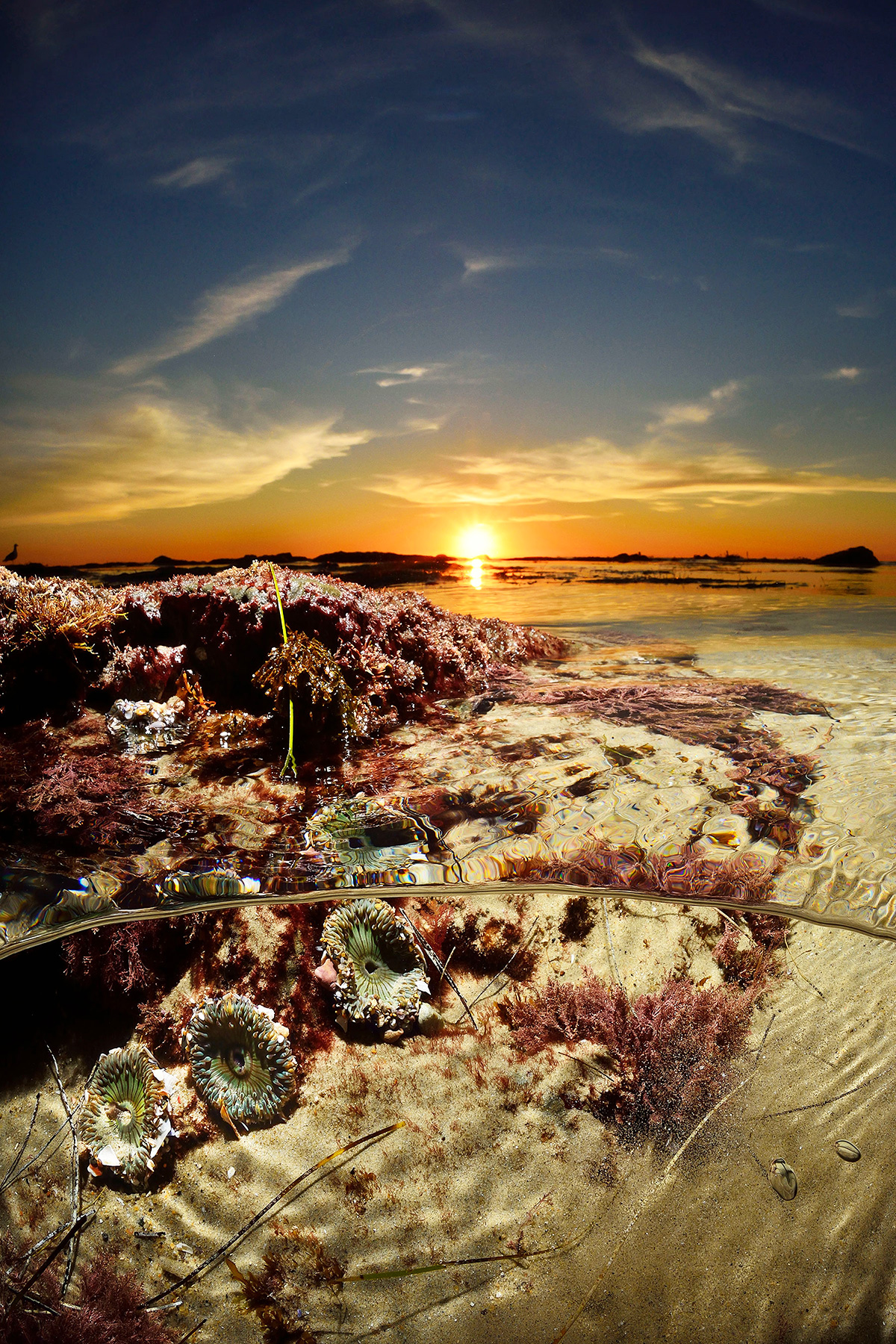 Sean grew up with his footprints firmly etched in the sand along the shoreline of Laguna Beach, California and he considers the blending of surf and art a natural extension of his love of the ocean and surfing. Sean has been drawn to the ocean since he was a toddler living in Mazatlan Mexico. Since then, Sean has been involved in many ocean activities including surfing, bodysurfing, kayaking, skimboarding, stand up paddling, and snorkeling. Given his 30-year history as a surfer, Sean understands the pull of the ocean and translates that experience through the lens of his camera to capture the essence of a wave breaking wildly and freely against the iconic background of his hometown.

Sean has a deep and intuitive appreciation of the way waves break ashore and his photographs are a reflection of what he sees, clearly transformed as he documents the every day ordinary experience of surf into an extraordinary explosion of water and light. The result is an instant caught forever that evokes emotion and expresses the ever changing presence of a liquid environment he finds irresistible.

Sean’s passion for the environment is not only seen in his underwater and ocean wave photography. It’s also seen in the enthusiasm he brings to his work as an arborist, with emphasis on protecting native oak tree resources and educating both developers and homeowners of their value.

Sean lives in Laguna Beach with his wife Kelly and their daughter Finley both of which can be found with him at the beach.

Sean’s work has been featured on Yahoo.com , the Huffington Post, and PBS television.