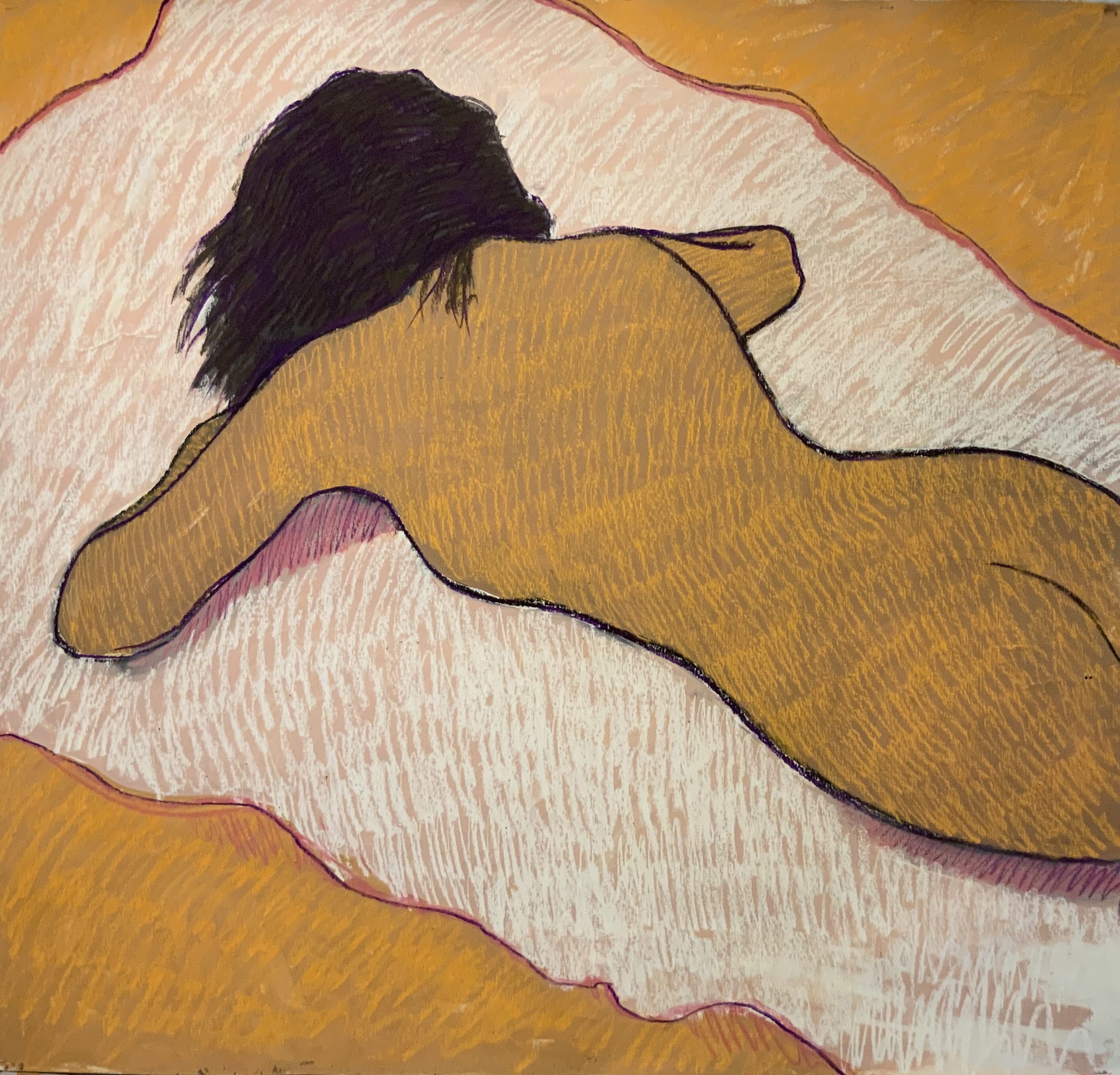 Michael Lane Cope is a wiry, energetic, occasionally frenetic man whose enthusiasm for talking about art bubbles up in casual conversation. His career path took him from the advertising world, where he worked on Revlon ad campaigns in the 1970s and 80s. The constant travel and rapid pace made him dream of a more peaceful life. So he and his wife Pat moved from Los Angeles to Southern Baja in 1993.

Michael predominately paints the figure and the landscape, or the figure in the landscape. There is a touch of impressionism in his work in the sense that you can feel a fleeting moment of land, sea and sky. Using a softened palette, his scenes of sunsets are uncanny in the range of expressions of the backlit clouds. In a more recent departure from his previous, more detailed work with the figure, Michael has turned his soft-focus gaze to young children with the sort of image you might see when taking a drive. The faces are blurred, but the body gestures are recognizable as children at play in a pool of water or playing tag in the hot sunlight.

“I originally came here as a figurative painter but, after moving to Todos Santos, where the light is so beautiful year-round, I found myself doing more and more land /cloudscapes. Last year I felt the need to return to figurative work. The pieces you see here are the culmination of my new direction. I wanted to simplify the figurative form. The majority of my large sketches were done during the COVID 19 lockdown so I used whatever materials I had. Some are done on old craft paper with flaws and tears or on a recycled panel. Somehow it was exciting. Knowing when a piece is finished is the most difficult part of the process for me.”