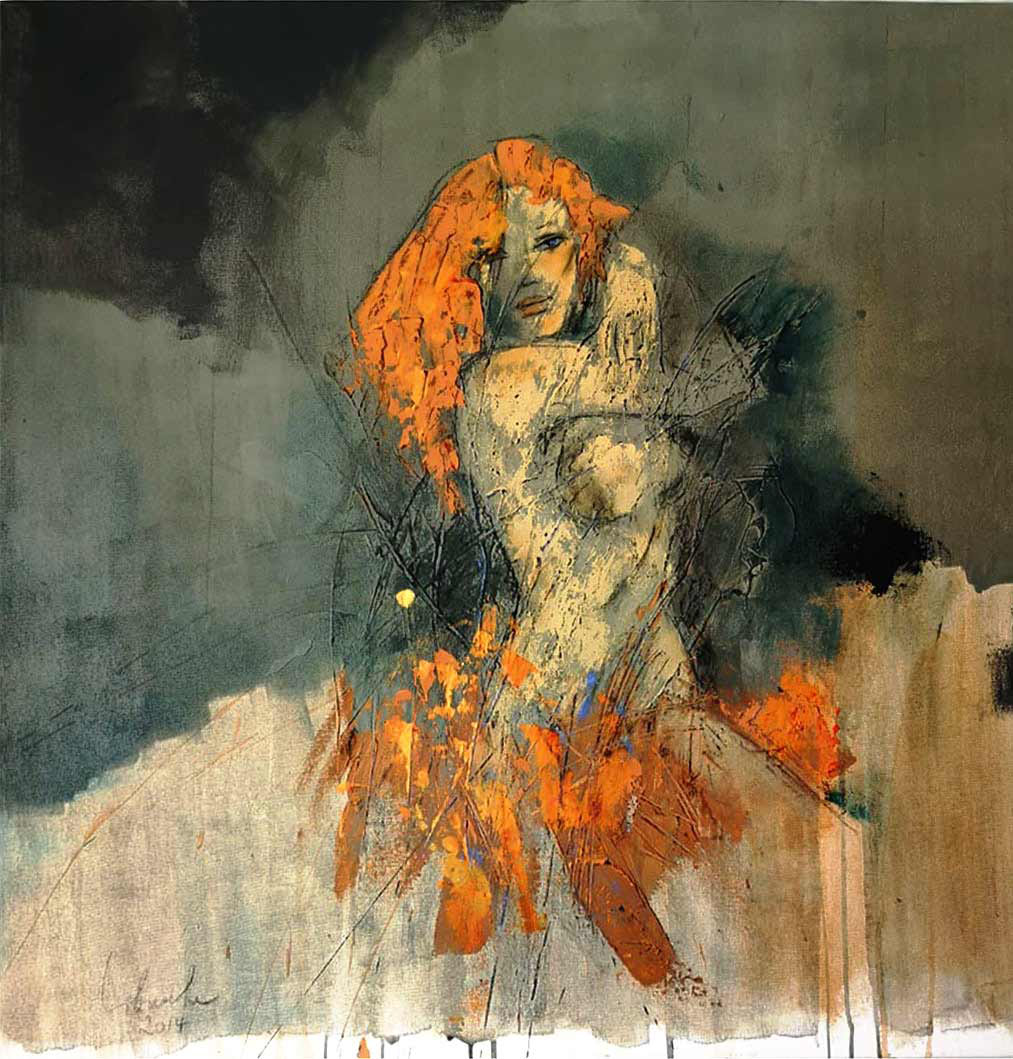 Libuse Wiesendanger was born and raised in Prague, Czech Republic. She studied at the Art and Design School in the University of Prague. Libuse migrated to Switzerland in 1968 where she attended specialized studies at the Zurich Art and Design School. While studying there, she developed her affinity for painting in oil and acrylics.

For the next three years, she modeled delicate figures of abstract females with an alien touch. With these works, she became well known among modern puppet sculptors and collectors throughout Europe. This three-dimensional experience can now be felt in her paintings, which show the human body in movement or in special light. The degree of abstraction in Libuse’s works leaves the observer enough space for their own interpretations. Recently, Libuse’s paintings have begun to show a Mexican influence.

Libuse’s fine art has gained considerable reputation. Her pieces can be found in private as well as public collections throughout Europe, North America, Mexico, the Middle East and South Africa. Her work is permanently on display at the Hotel Posada La Poza in Todos Santos, Mexico. The guests of the hotel enjoy living amongst the original paintings in the restaurant and hotel rooms.