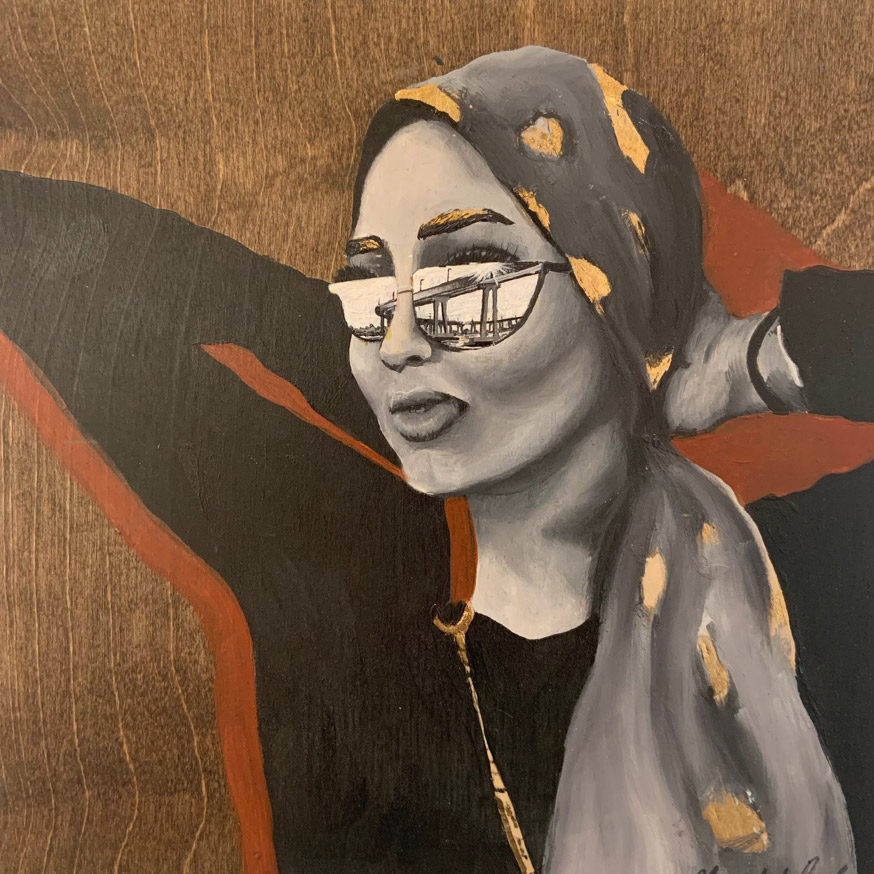 It all started in Weidner’s grandmother’s kitchen, sharpening crayons with butter knives for coloring contests at local stores in Eden, New York. Bobcha (Grandma) would bring candy home and tell her she won first prize every time. Weidner’s grandmother passed when she was nine; she keeps her spirit alive through her artwork.

Weidner printed her own coloring books at age 8, sold a painting at 16, and opened her first art teaching studio at 25. She attended Art school at Alfred University and received a Masters in Art at Buffalo State College. At her final critique, her professor told her, “I’ll see your work in a museum some day!” In 2014, she moved to San Diego, California from Buffalo, New York to become a full-time artist after nearly a decade of teaching art in the classroom.

Weidner’s list of achievements includes a mural in the entryway of the largest tech company in the world and a renaissance mural hanging above Michaelangelo’s “Pieta” replica in San Diego, California. A series created by Weidner, “It Could Be You”, hangs in the arts district of San Diego: Little Italy. The collection is displayed nationwide and prints on merchandise in stores.

Buffalo, New York exhibits her largest murals. She and her team covered 5,000 square feet ceiling-to-floor at a pediatrics center.

Her personal painting collections focus on the romance and intimacy that comes with interpersonal interactions. Intimacy and sexuality are themes explored in Weidner’s work and translate her encounters with life and love to canvas. Weidner’s every experience manifests itself in her paintings. Her art has a surreal aesthetic, and she prides herself in utilizing a freehand painting technique, which reveals a clear and consistent path from her mind, to her hand, to her canvas.