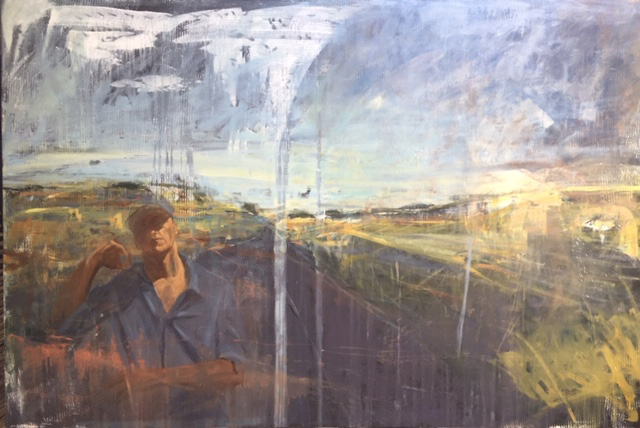 Born in Mexico City in 1978, Erick spends most of his life between Querétaro and the State of Baja California Sur. From a very young age his curiosity and admiration for art was a part of him, taking him on his own initiative to innumerable museum and gallery visits.

In his creative search, he began a short career in carpentry, with his father, and it was there that he acquired the love and appreciation of different materials and their transformation. Sometime later he studied architecture in the city of Querétaro, a city that he would eventually leave to move to the small town of Todos Santos, where the dusty streets of destiny would lead him to an apprenticeship under the wing of his teacher and friend Michael Cope, with whom he shares a studio.

“My life in the arts is something like being in the right place at the right time. My work is like another language. It intends to create a dialog with the viewer and go from a visual experience to an emotional response, evoking a memory, a thought, a dream. At the end is the viewer who will dictate the limits with his own experience.“