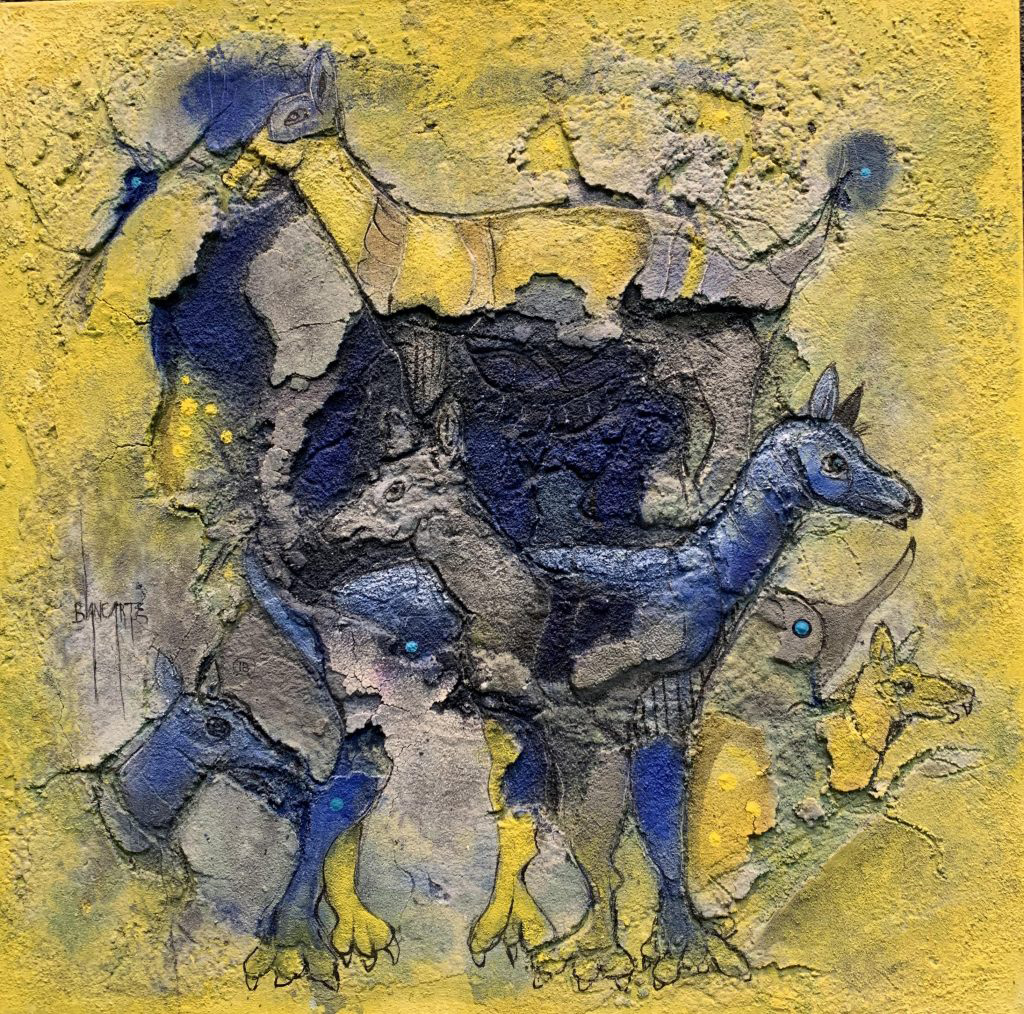 Born in Culiacan, Sinaloa in 1934 Blancarte resided in Tecate, Baja California from 1986 until he passed away at 86 years of age in 2021.  He was an avid painter working in his studio every day.  He was also a mentor, teacher, muralist, materialist alchemist, researcher and storyteller.

Utilizing painting as a way to tell a story and express an experience was one of the pillars in Blancarte’s career.  Preoccupied by the paths he needed to explore, which led him from the margins to the center, he used painting as a sort of journal and as a crossroad between tradition and research on the materials that constitute it.

The world of painting that Blancarte knew in his youth in the 1960s had room for plenty of exploration. The non-figurative tendencies from the past decade and the experiments being carried out with binding elements and other materials were formative to his signature style: Neo Fresco.  He painted by setting the canvas on the floor, dripping colors over scattered marble dust and other materials; all of which give the pictorial format the appearance of a plastered wall, the layer of a cavern or the surface of stone, just like prehistoric painters from Baja California had known.

In 1971 Blancarte discovered he had a second calling in life: to mentor and teach. So he founded the Culiacan School of Arts, which is affiliated with the Universidad Autonoma de Sinaloa.  In the decades that followed he founded 3 other art schools that are affiliated with the Universidad Autonoma de Baja California, the Instituto Sinaloense de Cultura and the Centro Cultural Tijuana.

Blancarte had his first exhibition in 1979 and was featured in numerous exhibitions, galleries and museums across California and Mexico since then with his final exhibition just 8 months before he passed away – the Artlita pop up exhibition December 2020.  Today, his work is part of the permanent collection of the Museum of Contemporary Art San Diego.